Hardik Verma aka Harry Boi has recently made his contribution to the Punjabi music
industry as a talented model ,singer,music producer and lyricist.To know about a viral and good song artist you just need to notice, they have some songs that have lyrics that touch your heart and make you feel love or pain. 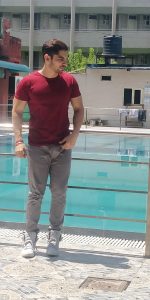 If you go to a club playing Desi songs in Delhi or Chandigarh, you will associate these ‘Epic’ with a liner and DJ music mute there and force the audience to sing.

Hardik Verma aka Harry Boi of Panchkula started taking interest in music from the age
of 14 and tried to learn singing / music by himself and by the age of 16 he was taught
about music production and various genres of music. I came to know and he slowly went up the ranks of music. 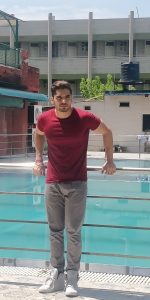 Hardik also won the Best Face of the Year Award in 2017 by Karan Kundra and Rannvijay Sangha in New Delhi; Hardik is also the winner of North India’s Next Top Model 2018.

At the age of 22,he decided to start a few tracks so that people could get to know the different style he brought to the music industry.

And in 2019 June, he launched his first track from a well-known record label “T-Series”
called “O Na” and his first track got tremendous response from the youth. The track “O Na” by Harry O is written by himself, composed and sung by Harry and also by Harry. Soon Harry Boi will bring more tracks to rock Punjab’s clubs.