Salman Khan is undoubtedly a millennial star of Bollywood and has been a part of the entertainment industry for over 33 years now. The actor has faced highs and lows in his life both personally and professionally. And has been at the pick of his career for quite some time now. Salman Khan has the biggest stardom and fan base compared to any other megastar in Bollywood. 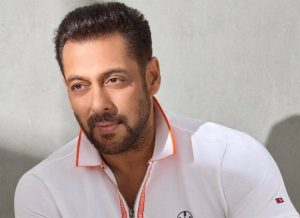 With giving blockbuster movies, television shows, and hosting one of the biggest reality shows of India, Big Boss, the actor has left no stone unturned in achieving triumph success in his career. Now, according to sources a docu-series on the life of Salman Khan is reportedly being made by a streaming giant. The OTT platform which will be developing the docu-series is yet not disclosed. Apparently, the series will be completely star-studded and will include all the phases of the actor’s life including his co-stars, producers and friends.

The actor is currently shooting for Tiger 3 with Katrina Kaif.

A docu-series on Salman Khan in the making for an OTT...

Ranbir Kapoor to feature in a special song in Vicky Kaushal,...