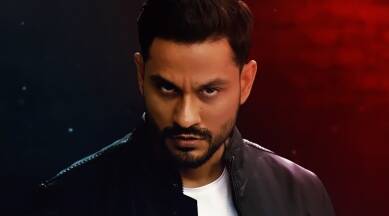 Kunal Kemmu and Abhay appeared in the OTT world in 2019. The online show, helmed by Ken Ghosh, follows the same format as CID, with the character, CP Abhay Singh, encountering new challenges in each episode. It was the therapy that set Abhay apart from the TV show, as all of Abhay’s cases were awful, delving into the psychotic stage of human development minds. A recurring thread that ran through all of the episodes was Abhay’s private life. The format was kept in season 2 as well. The third chapter, on the other hand, sees the creators take a risk by intertwining the incidents. This time, the central conflict centres around a series of killings in Delhi, with Abhay’s attempt to establish a balance between work and life thrown in alongside his attempts to escape his own demons. In keeping with the series’ pattern, Abhay is confronted with a new foe in the episodic style. Despite the fact that the character is well-known, filmmaker Ken Ghosh takes his time in the first two episodes to create the groundwork for the thrills to come in the final episodes.

In the beginning, he develops the other personas and their psyches, which slows down the show’ pace and deviates from the established structure. While one would anticipate the cases to progress quickly, what we get instead is a slow-burning chronicle of the crimes that occur mostly around Delhi. On a technological level, the series improves with finer cinematography and a good background score. The dialogues, on the other hand, are excellent. In terms of acting, Kunal Kemmu continues to impress in his role as CP Abhay Singh. Kunal’s controlled portrayal catches the spirit of the character’s evolution across the seasons as he moves into the mature zone. Tanuj Virwani and Divya Agarwal, two multi-dimensional personas, are clearly introduced in the first two acts. Vijay Raaz is among the most intriguing characters, and he takes full advantage of it. He appears to be the fight which will take the series’ thrills to another level, and he is scary from the start.

The entire cast, from Kunal Kemmu to Vijay Raaz, gives a strong portrayal, seamlessly integrating into Abhay’s fascinating world. The build-up is intriguing.