Abhay Deol starrer ‘1962: The War in The Hills’, based on 1962 Indo-China war, will begin streaming on Disney Plus Hotstar from February 26.

Abhay Deol will be next seen in the role of an army major in Mahesh Manjrekar directed web series, ‘1962: The War in The Hills’, based on the 1962 Indo-China war. On the occasion of the country’s 72nd Republic Day, streaming giant Disney PlusHotstar launched the series’ teaser. 1962: The War In The Hills is said to be inspired by true events that takes the audience back to November 1962 and narrates an untold story of bravery and valour. 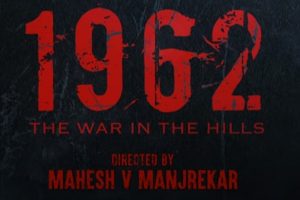 The show’s teaser begins with news headlines about the current escalated India-China tension and the last year’s Galwan Valley clash between Indian and Chinese troops. It then goes into a flashback to 1962 as the caption in the video reads, “Where it all began.” The audience is then taken to the battle field of ‘1962 Indo-China war’, where Abhay Deol’scharacter of an army major is seen putting up a fight against the Chinese army with the help of 115 Indian soldiers.

Abhay Deol said that there couldn’t have been a better day to release the show’s teaser as the team wanted to pay tribute to the country’s armed forces for their sacrifices and dedication. 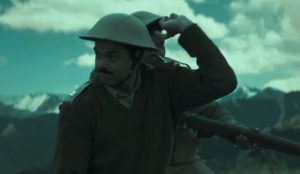 He made a statement saying that, “No better occasion than our Republic Day to salute our jawans and warriors who tirelessly protect us round the clock. As a tribute, I am happy to release the first look of 1962: The War In The Hills. It is an untold story of bravery and valour; and yet continues to be relatable to us  even today. As director, Mahesh Manjrekar has presented a unique view in this war-epic.”

‘1962: The War in The Hills’ will begin streaming on February 26 at Disney plus Hotstar.