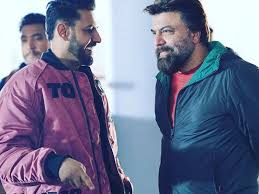 The trailer of the forthcoming multi starrer Punjabi movie Ik Sandhu Hunda Si has hit the internet.  The film will mark the Punjabi debut of Neha Sharma and Vikramjit Singh Virk and also start the acting journey of social worker turned actor Anmol Kwatra. Directed by Rakesh Mehta, this one is produced by Bally Singh Kakkar.

The teaser of  Ik Sandhu Hunda Si was released on the occasion of Lohri. The character of Sandhu is played by Gippy Grewal who is established as one who not only values his love, played by Neha Sharma, but also his friendship, as a friend is wheeled out sitting in a wheelchair. The film is set on a college campus, so presumably, the film features rival college groups that clash with each other in various instances. The poster of the film shows the silhouette of Grewal’s back where he is holding a hockey stick, which he uses to beat up people. Whether or not he is part of a college hockey team that gets into scuffles or not, remains to be seen.

In this film, Gippy Grewal concentrates more on serious actions as he is showcased in vengeful, bitter fights. Director Rakesh Mehta has concentrated on stylized action sequences that seem to abound in the film, so that is where the focus of the film clearly lies.

Rakesh Mehta has taken to his social media handle to share BTS pictures from the sets of the movie. 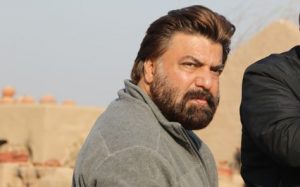 In the pictures, one can see the candid shots of the captain of the ship Rakesh Mehta with the lead actors of the film – Gippy Grewal and Neha Sharam. In those candid clicks, the bond formed between the director and the actors is very much visible. All Grewal fans are waiting with bated breath for the film’s release and ‘Ik Sandhu Hunda Si’ promises to be worth the wait! The film is all set to release on 28 February.