Earlier today in the morning, the news of Former Mr India winner, athlete and bodybuilder Manoj Patil attempting suicide came out. The incident reportedly took place at 12:30 AM on 16th September, Thursday after which he was immediately rushed to the Cooper Hospital.

Police also found a suicide note which mentioned the name of bodybuilder and actor Sahil Khan, saying that he is responsible for the alleged suicide. Manoj Patil’s manager came forward and revealed in his statement that the athlete was being harassed by Sahil Khan for over a year and he is the reason why Manoj took this big step of ending his life.

Now, Sahil Khan has come forward and has dismissed all the claims made by Manoj Patil in his suicide note. The actor revealed that there is definitely some sort of ulterior motive behind all these false allegations. He said further that he had come in contact with a guy named Raj Faujdar via social media who reside in Delhi and he claimed that he had a video of Manoj Patil where he had given Manoj 2 lakhs for steroids and Manoj sold him expired steroids after which he developed heart as well as skin problems. Raj Faujdar had all the bills and receipts of the financial transactions and said that he needed my support to spread that video on social media. So, I helped him and I also said to stop the consumption of steroids. 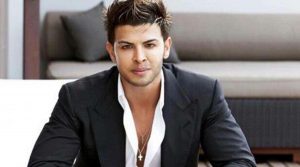 Sahil further explained that it’s weird that Manoj has not mentioned Faujdar’s name anywhere in the suicide note while Faujdar had filed a complaint against him and submitted all the papers to the police and he had just helped Faujdar on social media and stood against the sell of steroids.

Lastly, Sahil denied all the accusations made against him and clarified that he has had no direct connection with Manoj Patil whatsoever and this could all just be a way to gain publicity or a sole agenda to defame me.

Actor and bodybuilder Sahil Khan dismisses claims made in the suicide...