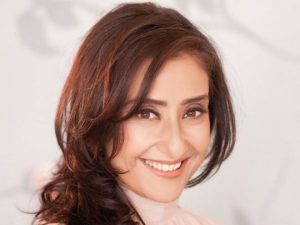 We all Remember Actress Manisha Koirala for her amazing work in the film Khamoshi The Musical, It is a 1996 movie which was directed by the famous Director Sanjay Leela Bhansali.  Every single person who praised her work and appreciated her character Annie in Khamoshi held back to see the actress and the director work jointly once more. And finally the wait is over after 25 years of Khamoshi. Actress Manisha Koirala is endorsed for a vital role in Sanjay Leela Bhansali’s costume drama Heera Mandi for Netflix. She joins Sonakshi Sinha and Huma Qureshi who have also been cast for the same.

As a result of Bhansali’s completion of shooting for the movie ‘Gangubai’ he is fully ready to invest all his time and energy in the pre-production of Heera Mandi. The shooting for this series is going to start within 2 months.  Built purely for Netflix Heera Mandi is a tale of a gallery of attractive call girls whose fortunes are intertwined. For the first time the audiences are going to see some of the best actresses of the industry together. 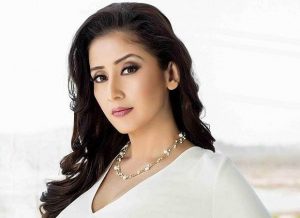 A source really close to this project revealed a particular details of the production mentioning, In the 1st season Heeramandi will consist of 7 episodes each for one hour. Sanjay Leela Bhansali himself is going to direct the first episode, also might direct the 2nd episode as well, and the ending episode will also be directed by him. Rest will be made by an Assistant of Bhansali whose name is Vibhu Puri.

Actress Manisha Koirala is a famous actress both in Nepali and Hindi film Industry. She is a Nepali and belongs from Kathmandu. She is one of the most successful actresses in the 1990s. She has been awarded the Order of Gorkha Dakshin Bahu from the government of Nepal which is the 2nd biggest honour of the nation.