Home Box Office Collection Actress Raveena Tandon on getting replaced by Katrina Kaif in the song... 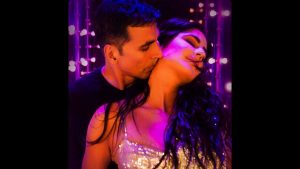 In a recent interview Actress Raveena Tandon  opened up about the very talented and beautiful and most importantly a young Actress like Katrina Kaif replacing her in the all time famous song ‘Tip Tip’ remix although Akshay Kumar held on to his position as the male lead. 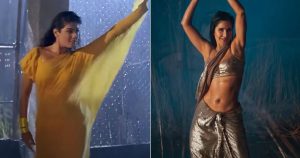 As stated by Raveena, the trend of Bollywood being frightened of female celebs of a certain time is tentatively wearing out and the swap is taking place. As per the item numbers are worried, Raveena feels it has been a win-win position as they get a new beat, a new life. The young generation also likes and loves them.

Raveena also showered applause on her contemporaries like Kajol, Shilpa Shetty and others who look good and feel self-assured about themselves. When questioned about pressure on women to look a certain way, she answered that those days have passed when the audience would speak regarding thunder in your thighs and Amazonian growth. Raveena Tandon was last seen in ‘Aranyak’ a web series which was released on an OTT platform, and received a lot of positive reviews from the audience. Actors like – Ashutosh Rana and Parambrata Chatterjee were also present in the series. The story line of the series is just unbelievable, the story also has a big suspense that the viewers will find in the last episode.

We also might see Raveena Tandon along with Sanjay Dutt and Yash in ‘KGF 2’ very soon.

We still remember Raveena for her breathtaking performance on the song ‘Tip Tip Barsa Pani’. No matter what her place can never be replaced by anyone. Actress has given the Industry many big hit movies, but she actually became famous for her performance in this song. But the actress took her break from movies after she got married to the film distributor Anil Thandani. Tandon is also an environmentalist and has four kids, two with her husband and two adopted.

Actress Priyanka Chopra is the most-followed Bollywood celebrity on Instagram