Samantha Ruth Prabhu is a very famous actress in the South Film Industry. She made her  OTT debut the previous year with Amazon Prime Video’s in a Hindi series ‘The Family Man 2’. She amazed each and every single audience with her performance in it, and at present audiences are impatiently holding up to see her in a Bollywood film. Meanwhile, there has been news everywhere of this actress being proposed for many Hindi films, as per sources she got a proposal from Yash Raj Films for a three film deal and they have put forward a large amount for the same. It is mentioned that Samantha has been convinced with the package. At present, reportedly, Actress will collaborate with the Family Man pair, DK and Raj, for the spin-off of Citadel. The actress has numerous amazing presentations lined up like- Yashoda,  Kaathu Vaakula Rendu Kaadhal, Shaakuntalam and Arrangements of Love, which is going to be her international debut.

Samantha last appeared on the silver screen in Pushpa: The Rise – Part one in which she had a particular dance number. The song O Antava has collected remarkable remarks, and according to sources she asked for Rs.5 crores for her performance in the song. She was not at all willing to perform. Actor Allu Arjun, the main lead of the movie, took the effort to persuade her. 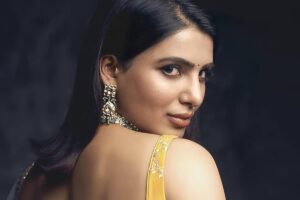 The makers of the movie had to pay her nearly Rs. 5 crores for that 3 mins performance. She had few doubts regarding a few of the dance moves. But slowly and smoothly she got into the grooves and did not make any further wish for changing even a single step.

Paatal Lok 2: Jaideep Ahlawat aka Hathiram Chaudhary posted the latest update on the...