After working with Ekta Kapoor, Vikram Bhatt among others in her recent projects, Bollywood actress Sandeepa Dhar is now teaming up with Imtiaz Ali for his upcoming new venture.
Exploring the new dimensions of versatility with an interesting project, Sandeepa Dhar marks the first collaboration with fecund storyteller Imtiaz Ali for a web series in a satire sort. Speaking about the same, Sandeepa Dhar said, this is a very great opportunity for any actor to work with such a wonderful storyteller like Imtiaz Ali who is very well known to bring out the best in actors. The characters in his stories come to life so beautifully on screen and remain etched in everyone’s heart and mind.

She is very well known for her movies like “Heropanti”, ” Dabangg 2″ etc.
Apart from that, she will be part of Anshuka Sharma’s production Mai, which will be streamed on OTT platforms. 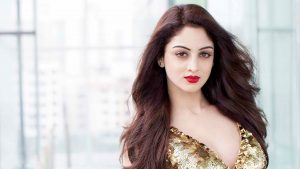 Sandeepa Dhar will also be seen in Anshuka Sharma’s production Mai, which will stream on OTT platforms.The web show is written by Imtiaz Ali and directed by Laila Majnu, Sajid Ali and Archit.

When Sanjay Leela Bhansali expected Priyanka Chopra-Deepika Padukone to be ‘catty’: ‘I wanted some...