Home Uncategorized After 3 years of hardship, we are getting Toofan to your screens:... The team of Toofan hosted a virtual press conference for media on Friday and shared their experience with the fraternity about the making of the most awaited film on boxing. Present was the star cast Farhan Akhtar and Mrunal Thakur alongwith the director, Rakeysh Omprakash Mehra. 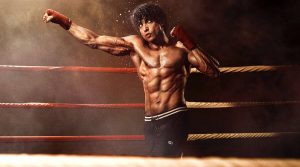 The actors shared about their involvement in the film that is set to release on Amazon Prime on 16 July 2021. Farhan quoted that, “I had a tough experience preparing as a boxer Aziz Ali for the film. I had to start all from scratch as I prepared as an athlete in Bhaag Milkha Bhaag, and preparing for semi-professional boxer’s character was 100 times more difficult for me. Though a tough job, it was possible with a great team that helped me at all times.”

Director of the film, Rakeysh Omprakash Mehra also stated that the film is a roohani one, “Having an invisible soul but making the audiences feel everything that the characters are portraying on the screen. I have created this film in layers with all of the emotions that the audiences can see on the screen.” 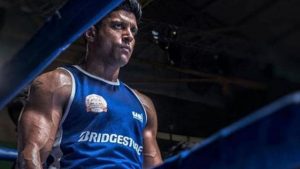 About the making of Toofan, Mehra added, “It took us 3 years to make this film. From the development of the screenplay to 18 months of planning, it was all worth it. We arranged boxing camps and Farhan had trained with almost every other boxer of India. Be it 2 months or 2 years, a film has to be created in such a manner that everyone remembers it for a long time and Toofan is one such venture.”

Mrunal Thakur who is playing the character of a doctor who pushes Farhan’s character to be a respectable boxer. In her own words, “I think all the actress will be jealous of me as I am playing the role of a very strong independent woman who also supports her partner in everything he does.”