Home Box Office Collection After ‘A Wednesday’, Ronnie announced to make ‘A Thursday’, Yami Gautam will... Producer Ronnie Screwvala, who recently announced the film ‘Tejas’ about the famous actress Kangana Ranaut, is now going to make a sequel to his superhit film ‘A Wednesday’. The film will be titled ‘A Thursday’ and Yami Gautam will be seen playing the lead in the film. Two days ago, Yami was signed by Tips for his film ‘Bhoot Police’. 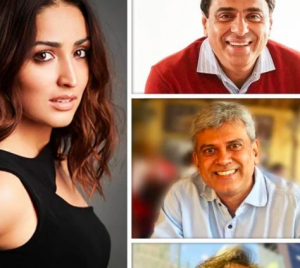 Behazad Khambata wrote and directed “A Thursday” featuring Yami Gautam as a play school teacher named Naina Jaiswal. On one Thursday, she baffles everyone by holding 16 children hostage in the school. The incidents get out of control and the public and media question him and completely break him.

Encouraged by being a part of the film, actress Yami says, “A Thursday is one of those rare scripts you can’t turn down. Behzad has written one of the strongest characters for any female protagonist. My character Naina is both fierce and cute. RSVP and I have had a good work relationship and I look forward to returning with them again. ” Ronnie Screwvala had earlier produced the Neeraj Pandey directed film A Wednesday. Says Ronnie, “I am constantly trying to bring back new talent and scripts that push boundaries. This is one of those brilliantly written thrillers, which will raise many questions about society in your mind.

Ronnie Screwvala went on to say, “Yami is a great artist and it will be interesting for the audience to see her in a gray avatar.” The film “A Thursday” will be released directly on the digital platform in 2021.