So we all are aware that sports movies are one of the most loved genres in India and with movies like Jersey and 83 all set to be geared up for a launch soon, it seems like there may be another one in the making. After Shahid Kapoor and Ranveer Singh, there is a high chance for another cricket movie which stars Kartik Aaryan. Enjoying some real success on the achievement of Dhamaka, Kartik recently completed a challenging and long schedule of Shehzada in Delhi and has now shared a puzzling post on his social media handle. 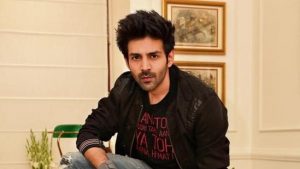 Actor Kartik Aryan took to his Instagram handle and shared a video of him wearing an entire cricket uniform and was seen bating on the pitch, which has totally left his fans heaving as they are left speculating assuming a cricket movie is on the cards for the entertainer next. He captioned the post with ‘Coming Soon’.

Top superstars have forever been the most loved choices for the sports movie and with Shahid Kapoor and Ranveer Singh is all set to bang the roles of a cricketer in Jersey and 83, respectively, Kartik Aaryan is the most ideal decision to take on a role like this particularly as the entertainer is lolling in the super accomplishment of Dhamaka, getting unending affection for intriguing the audience in a new form. 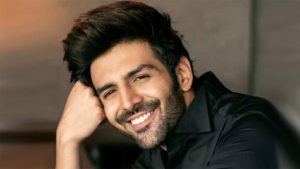 Next on the cards, Kartik has a pack loaded with big tickets for announced movies like Freddy, Bhool Bhulaiyaa 2, Shehzada, Captain India and the next untitled venture of Sajid Nadiadwala.

The heartthrob Kartik Aaryan who has already  shown us his acting skills with many fantastic movies like Pyaar ka Punchnama, Sonu Ke Titu ki Sweety, Pati Patni Aur Woh, Luka Chuppi and Dhamaka. From all these movies we can say how his upcoming new venture is going to create a craze among the audience.