Shilpa Shetty has been making the headlines ever since her businessman husband Raj Kundra was arrested in connection with an adult film racket case. And while the actress has been on the radar of the crime branch post Raj’s arrest, the controversy has also got the nation brimming with an opinion. While Shilpa has released a statement on the matter earlier today on social media, celebs like Varun Dhawan and Jacqueline Fernandez seems to have come out in the Hungama 2 actress. 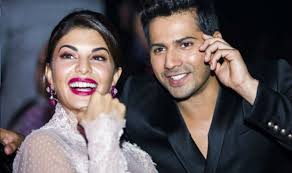 For the uninitiated, Shilpa in her statement had stated that while the matter is subjudice, she has faith in the Mumbai Police & the Indian judiciary. She also urged people to refrain from commenting on half-baked information without verifying the veracity of the same. “I request you to respect my family’s and ‘my right’ to privacy in these times. We don’t deserve a media trial. Please let the law take its course,” she added. As soon as she had shared the statement on social media, it went viral in no time and several celebs expressed their support for Shilpa. Among these were Varun, Jacqueline, Sunita Kapoor and Saba Ali Khan who had liked Shilpa’s post and supported her statement. Meanwhile. Raj Kundra is currently in judicial custody while the Mumbai crime branch is investigating the case. In fact, they had also conducted a raid at Shilpa and Raj’s residence in July wherein they had reportedly recovered 70 adult videos which were said to be shot by Kundra’s former PA Umesh Kamat.