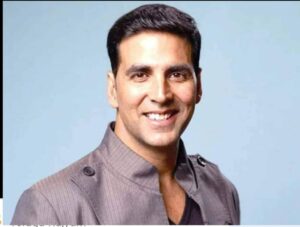 Akshay Kumar just concluded the filming period for ‘Selfiee,’ marking his 30th year in Bollywood. The cast and crew of his next film ‘Prithviraj’ created a special poster for him to  commemorate the occasion. After being postponed owing to the pandemic, the film will finally be released on June 3rd. YRF and the makers of ‘Prithviraj’ created a special poster to commemorate Akshay’s achievement. It contains a list of all the films in which Akshay has appeared. Akshay is heard saying in the video, “It never struck to me that this event was being held to commemorate my 30 years in the film industry.  It’s amazing to think that it’s been 30 years since my first film, Saugandh!   My first filming location was Ooty, and it was an action scene! Thank you very much for your kindness. This is very unique.             ” Akshay responded by tweeting, “Thirty years of movies, a lifetime of your love! Thank you for this incredible trip, and thank you, @yrf, for bringing it all together so wonderfully with #Prithviraj, which will be released in theatres on June 3rd.”  Samrat Prithviraj Chauhan, who  battled against Muhammad of Ghor, will be played by Akshay Kumar. Dr. Chandraprakash Dwivedi is the director of the film. Manushi Chhillar will play the lead role.  Dr. Chandraprakash Dwivedi, who is well known for directing the most epic series of television Chanakya and   the   eminent and illustriuos movie Pinjar, directed Prithviraj. Prithviraj is a historical play centred on the life and heroism of Samrat Prithviraj Chauhan, a fearless and great warrior. Manushi Chhillar will make her Bollywood debut in the character of Sanyogita, while Akshay Kumar will portray the title part.  She is a well known fame after she became Miss World. She also is the holder of the title of Miss Femina 2017.

Ali Fazal is going to appear in Hollywood movie Death On the Nile, Trailer...

Sonakshi Sinha shares images from the launch event of her brand SOEZI.