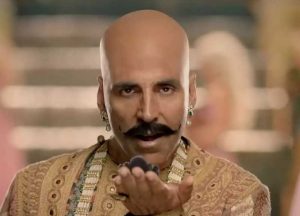 Akshay Kumar has been on a successful run with back to back blockbusters at the box office under his belt but his recent release ‘Housefull 4’ has grabbed everyone’s attention due to the controversy that it has been dragged into post its release.

The film which has been in the limelight since its inception saw itself in top trends on social media as ‘Fake Housefull figures’ and ‘Paid Negativity on HF4’. Giving all the criticism as a befitting response, Akshay took to Twitter and wrote, “Thank you for loving us and laughing with us. It is because of your love we are where we are today. Thanks to all my fans and audiences who have poured unconditional love on #HouseFull4. Thank you for showing us that nothing beats hate more than love.”

While a certain section on social media expressed their take on the fourth instalment of the ‘Housefull’ franchise to be fake, Akki’s followers came out in support of the film and their favourite actor touting the section as ‘paid negativity on HF4’.

Meanwhile, the film which has already raked in Rs 85 crore in just four days at the box office is helmed by Farhad Samji and also features Riteish Deshmukh, Kriti Sanon, Kriti Kharbanda, Bobby Deol and Pooja Hegde in pivotal roles.