Earlier the news of Bollywood actor Akshay Kumar, starring in a sci-fi action thriller titled Mission Lion, did rounds. Helmed by Mission Mangal director, Jagan Shakti, Akshay will be seen in a double role in the project. However, the venture has been reportedly put on hold for the time being. 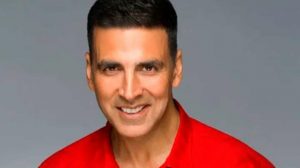 According to the latest reports, the makers of the movie have decided to put the project on the back burner at the moment. The producers of Mission Lion, Jackky Bhagnani and Vashu along with the lead actor Akshay Kumar collectively came to the decision of putting the film on hold, the reason being that it’s an extremely high budget film. The makers are of the view that the market scenario right now is not suitable for a costly movie like this, even the script work was taking longer than anticipated. Keeping all the factors in mind, the makers have decided to shelve the film for the time being. Meanwhile, on the work front Akshay Kumar has a lot of project lined up and many are awaiting it’s release like; Sooryavanshi, Raksha Bandhan, Ram Setu, Cinderella, Atrangi Re, Bachchan Pandey and Oh My God 2.

Bigg Boss OTT: 7 reasons why fans are hating Shamita Shetty on the show