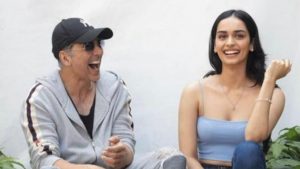 Talking about the Prithviraj, Diwvedi said, “Prithviraj is also based mainly on medieval literature, an epic called ‘Prithviraj Raso’ by the great poet Chand Bardai. Apart from a couple of versions of Raso, there are many other literary works on Prithviraj, his life, and times. In addition to these there are commentaries on Raso.”

He further added, “I get involved in exhaustive research as I enjoy the process of entering the unknown and unexplored world of great heroes of India and their times. It is like having a dialogue with these great characters in their times. I am sure most of the writers must have experienced this strange phenomenon.” According to Dwivedi tales of great warriors like Prithviraj are relevant in today’s times. The filmmaker said, “I do not make characters like Prithviraj to make them relevant for young viewers. I choose them as my subject for cinema as they are relevant for our times and all times to come. They are shining bright stars in the galaxy of great historical characters which will inspire many generations to come.” In the movie, Akshay will be seen playing the role of mighty King Prithvraj Chauhan who fought valiantly against the merciless Muhammad of Ghor. Manushi on the other hand essays the role of his beloved Sanyogita. Prithviraj was earlier slated to release on Diwali 2020 but got postponed. The new release date is yet to be announced.

Skip ‘Who was there in the cook’, see here who was in ‘Saath Nibhana...