Home Gossips Akshay Kumar to reunite with Ekta Kapoor after seven years for an... 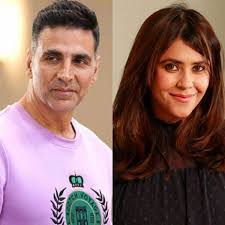 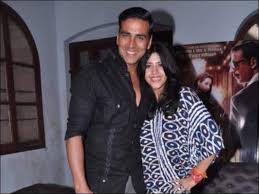 Akshay Kumar who was last seen in ‘Good Newwz’  and has so many huge films in his bucket. He is currently shooting for ‘Laxmmi Bomb’ and ‘Prithviraj Chauhan’. The actor will also start shooting for ‘Atrangi Re’ in April.

Bollywood Khiladi will be once again reuniting with Ekta Kapoor after seven years for an action-comedy film. The two had last worked together in Milan Luthria direction gangster drama ‘Once Upon A Time In Mumbai Dobaara’. Akshay will start shooting for the new project by this year-end.

Reportedly the duo has been discussing some ideas over the past few months. The source said, “Akshay signed the film around 10 days ago. The logistics are currently being worked out and the script is being finalized. It will be directed by a debutant and mounted on a lavish scale.

Like all his films, Akshay will complete this one too in a start-to-finish schedule. He is reading scripts and will lock his calendar in a fortnight. He does not want to restrict himself to a particular genre and has made a conscious effort to sign diverse scripts.”

Akshay Kumar will soon be seen in Rohit Shetty’s ‘Sooryavanshi’ along with Katrina Kaif.

From an audience point of view, both the star’s collaboration in previous film ‘Once Upon A Time In Mumbai Dobaara’ wasn’t appreciated by the audience much. However, in that movie, Akshay played a negative role, but in this movie, the actor will show his comic timing for which he is popular. The rest of the cast hasn’t been revealed yet so its creating curiosity among the audience.