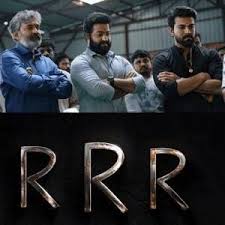 While many big films have already been postponed in film industry, the work on the movies has also been stalled. Fans were eagerly waiting for Akshay Kumar’s ‘Sooryavanshi’, Salman Khan’s ‘Radhe’ and many other films that were supposed to come this year.

Reports suggest that there is another film whose release date might get postponed. It is said that SS Rajamouli’s next film ‘RRR’ will be pushed to  2021.

‘RRR’, starring Alia Bhatt, Ram Charan, Ajay Devgn was supposed to release on 31 July, 2020 earlier. Then the makers pushed the release date to January 8, 2021. Now that the work on the film has been stopped, it is said that the makers postponing the release date to the summer of 2021. While nothing confirmed has been announced yet, the reports suggest that the film will get postponed.

‘RRR’ is one of the most awaited films of 2021. The two actors will be seen playing the roles of two fierce freedom fighters named Alluri Sitarama Raju and Komaram Bheem.

The film also has a cameo by Alia Bhatt and Ajay Devgn. While Ajay had already begun shooting his part, Alia was supposed to kick start the filming of her portions for the SS Rajamouli directorial from this month.

‘RRR’ went on floor in November 2018 and this Rajamouli’s first project after delivering the mega-hit of ‘Baahubali’ series. The film is expected to hit in over 10 different languages.

‘RRR’ is set to be one of the most expensive films made in India and is budgeted at almost Rs 400 crore.