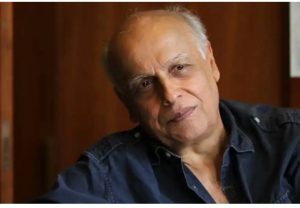 Veteran Bollywood director and father of Alia Bhatt and Pooja, Mahesh Bhatt is celebrating his 71st birthday on Friday, September 20. Actress Alia Bhatt took to her Instagram and shared a throwback picture of her with daddy Mahesh Bhatt. She also posted a monochrome of herself with Mahesh Bhatt and wrote an adorable caption, “Hey pops. It’s been great knowing you for the last 26 years.. you’re a good guy. Probably the best.. also the wisest.. also you’re very funny.. did I tell you I think you’re super talented too? Happy Birthday Daddy .. You amaze me every single day! There is no one like you and I repeat no one I love you.” Mahesh’s mother was Gujarati Muslim while his father was a Brahmin. Mahesh however, was separated from his father since childhood.

When Mahesh was in college, he fell in love with Lorraine Bright and got married to her when he was only 20. Bright became Kiran Bhatt after marriage. The couple has two children, daughter Pooja, a former actress, now a producer, and son Rahul.

Mahesh while making a film then had an affair with the now deceased Parveen Babi which led to the breakup of his marriage. However, Mahesh and Kiran did not officially divorce. The Babi-Bhatt affair did not last long… it fizzled out quickly.

But that doesn’t end Mahesh Bhatt’s flirtations with controversy. He once said that he would have married Pooja Bhatt if she had not been his daughter. Then came the next storm, when Mahesh did a photoshoot on kissing with Pooja.

For all his acts, Mahesh faced harsh criticism from all quarters, but did not pay heed. “I can see my mother, my best friend in my daughter, so I did no wrong,” he had then said defending his acts.

Film maker and actress Pooja Bhatt also took to her Twitter handle to wish her daddy Mahesh Bhatt on his birthday. Pooja Bhatt shared some unseen pictures of her father and penned an adorable birthday wish.

Pooja Bhatt shared candid and monochrome pictures of Mahesh Bhatt and herself and wrote, “And at 71, life takes you back to where you always belonged. Happy Birthday Pops! To many more journeys within the checkered, searing journey that constitutes your life and existence on planet earth. Honoured to be your deputy on this detour called #Sadak2 Couldn’t ask for more! (heart emoji)”

Pooja Bhatt also wished Mahesh Bhatt on photo sharing app, Instagram, where she posted picture of the ace director sitting on from the sets of Sadak 2. She captioned the post, “There is no end, there is no beginning, there is only this never ending passionate flow of life!” Mahesh Bhatt #sadak2 #day35 #maheshbhatt #birthdayboy.”

Sadak 2, which is slated to hit the big screens on July 10, 2020, is reportedly said to showcase Alia exposing a fake guru who runs an ashram.