After her successful stint in B-town, Alia Bhatt is all set to make herself known in Hollywood as well. Following Priyanka Chopra and Deepika Padukone, now Alia is also trying to make waves in the West as well. Taking her step towards her Hollywood dream, Alia Bhatt has signed with a major Hollywood agency, WME in bid to catch opportunities in the West. 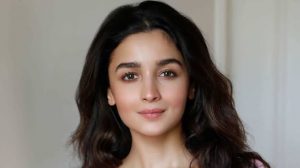 Alia, daughter of legendary Bollywood filmmaker Mahesh Bhatt and actress Soni Razdan, has signed up with William Moris Endeavour that has big names associated with like Christian Bale, Ben Affleck, Jake Gyllenhaal and many more.

Bhatt is a four time Filmfare award winner for Best Actress and began her career as a child artist in the Bollywood industry. The actress will be next seen in Sanjay Leela Bhansali’s Gangubai Kathiawadi this year.
She recently announced the film’s wrap with an emotional note and wrote, “We started shooting Gangubai on the 8th of December 2019 and we wrapped the film now 2 years later! This film and set has been through two lockdowns.. two cyclones.. director and actor getting covid during the making!!! The troubles the set has faced is another film all together! But through all that and more.. what I take away is the gigantic life changing experience!” She also talked about her experience working with Sanjay Leela Bhansali on social media , “Being directed by sir has been a dream all my life, but I don’t think anything would have prepared me for the journey I was on for these two years.. I walk out of this set a diff person today! I love you sir! Thank you for being you .. there is truly NO ONE like you. When a film ends a part of you ends with it! Today I’ve lost a part of me.. Gangu I love you! You will be missed. P.S – special mention to my crew – my family and friends for these two years! without you nothing would have been possible! Love you guys!!!”

Alia has recently been in news as the production began for Darlings, co-produced by her and also she is the main lead in the production.

In addition to her acting and producing, Bhatt, who boasts 53 million Instagram followers, is the face of several prominent brand campaigns including Tresemmé, Lays and Phillips.