Emily Shah, an American actress, will make her Hindi film debut opposite Bollywood star Abhay Deol in the upcoming film ‘Jungle Cry,’ which will be released in June. 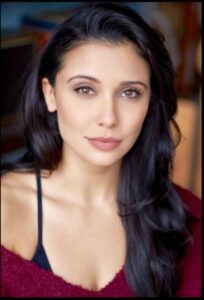 Originally from Chicago, but reared in New Jersey Emily, who can communicate well in Hindi and Gujarati, says, “‘Jungle Cry’ is a moving narrative about destitute tribal children who overcome adversity. Roshni, the sports physiotherapist I play, is a name I chose since she brings brightness to the film. Roshni is a bubbly figure who uplifts the plot and compassionately supports the children’s pathway journey, growth and upliftment.
Lionsgate Play will release the picture. It will be released in theatres worldwide on May 20. In the film, inspired by real events, the lovely and graceful actress plays a Rugby physiotherapist in the story of 12 destitute tribal orphans from Odisha who play sports barefoot and go on to win the famous Rugby World Cup in England. ‘Fortune Defies Death’ was Emily’s first foreign film. She worked with Clint Eastwood on the film ‘Jersey Boys,’ and went on to work on films like ‘Captain America: The Winter Soldier,’ ‘Monster Trucks,’ and ‘Fast & Furious 7’.Emily prepared for the position by not just conducting considerable research on rugby but also observing rugby physiotherapist Purvi Desai to have a better understanding of the work. I was conscious of the first film I selected as the actress of Bollywood because acting is one thing, but acting in such a powerful subject is quite another. That is what inspired me to join Jungle Cry. It’s an important narrative to tell, and I desire to be part of it in whatever way I could.” Jungle Cry,’ directed by Sagar Ballary and starring Abhay Deol, Atul Kumar, Stewart Wright, and Julian Lewis Jones, also features notable rugby figures such as referee Nigel Owens, Wales and British Lions fly half Phil Bennett, and former Wales captain Colin Charvis. Emily had nothing but appreciation for Abhay Deol, despite the fact that she adores the entire cast. Emily cited,Abhay is incredible to work with. Because of our differing emotions, actions, and reactions, every single take Abhay and I did was unique. We didn’t practise much, so each take was genuine and distinct. He also provided me elements to work with, which is something I’ve never done before. Shooting for Jungle Cry taught me why he is such a well-liked actor.” 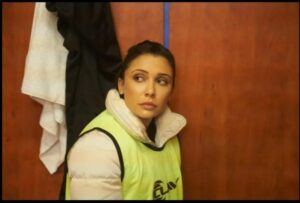 Emily has represented the United Nations in India for the World Polio Eradication Initiative, and she is also an Autism Awareness Ambassador for Unicef, among other organisations.
“I believe that everyone follows their own path, and I have no regrets about making my Bollywood debut with a non-commercial picture because it showcases my acting ability; I can always move over to masala films, and I want to dance in them soon,” you just want to exclaim, “we will be waiting!”