Home Latest Buzz Amitabh Bachchan Revisits Memories of his past 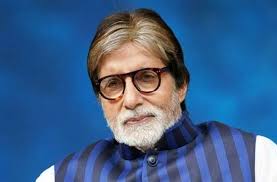 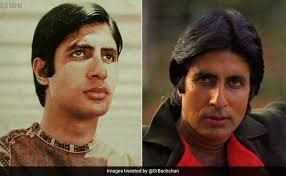 Recently, Amitabh Bachchan made a trip down memory lane pictures of himself from the “age of innocence.” The actor shared a collage of two pictures on his Twitter profile and wrote: “The age of innocence is over.”

The picture of the left side of the collage happens to be from Big B’s “first photoshoot for a film magazine” after joining the film industry in 1969. The second picture also appears to be one of the same photoshoot from the late Seventies or early Eighties.

Amitabh also gave details about the picture in the caption . “My very first photoshoot for a film magazine after joining the Industry in 1969… It was for the Star & Style, the only other prominent film magazine along with the Filmfare at the time… I was pushed and goaded into – a most reticent reluctant and very self-conscious shy me – by the most famed and feared journalist of the times – Devyani Chaubal… Obviously there was no ‘star’ or ‘style’ in the project but Devyani thought so… A strong-minded lady, ever dressed in a shining white sari… Always!”

On the work front, Amitabh was last seen in the 2019 crime thriller ‘Badla’, in which he shared screen space with Taapsee Pannu. He has a couple of films in the pipeline such as ‘Gulabo Sitabo’, ‘Brahmastra’, ‘Chehre’ and ‘Jhund’.