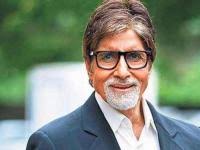 Amitabh Bachchan’s in a recent Instagram post, revealed he was told that the trick to increasing numbers on Instagram is to post bikini photos. Big –B he chanced upon a throwback photo of his from the sets of his 1983 film ‘Mahaan’.

Mr Bachchan shared a collage, which was an anniversary post for the film ‘Mahaan’. “Somebody was explaining to me why I was not getting the big numbers on Insta. Unlike all the other youngGEN. He said: ‘Because you can’t put up a pic in a bikini!’ And suddenly this one popped up… not quite a bikini… It’s more “bhara hua kini” from my film Mahaan. Triple role… and today 37th year of its release!”

Last year, he posted a throwback photo of himself in swim trunks and a tee and later told Shah Rukh Khan in an interview: “I made a huge mistake by posting the photo. When I had gone to Mauritius for the first time, I went for swimming and there was a person who took this photo with me. He recently sent me the photo to introduce himself to me. I posted it but only of myself and not him because I didn’t want him to get any limelight. Photo daalne ke baad mujhe badi gaali padi.”

On the work front, Amitabh has films lined-up. He will soon be seen in ‘Brahmastra’ with co-stars Ranbir Kapoor and Alia Bhatt.  ‘Jhund’ and ‘Gulabo Sitabo’ are some of his other upcoming movies.