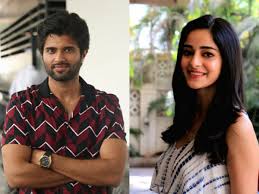 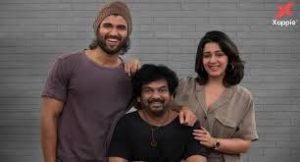 Ananya  Pandey is currently busy shooting for her new film. In this, she will be seen alongside ‘Arjun Reddy’ actor Vijay Devarakonda. The name of this film has not been decided yet. Ananya and Vijay were shooting for the film in Mumbai. The 40-day schedule of shooting of the film has been completed.

Film trade analyst Taran Adarsh ​​has shared the information on his Instagram handle. The film producers are seen with Vijay in the photo. The film will be released in Hindi and South languages. Karan Johar is also one of the producers of the film.

Recently some pictures went viral in which Ananya was seen enjoying the bike ride with Vijay. These photos of Ananya went viral on social media. In these pictures, Ananya was wearing a black short dress.

On the work front, Ananya has the film ‘Khaali Peeli’. In this, she will be seen romancing Ishaan Khattar. The film is directed by Maqbool Khan.