Anil Kapoor, Harsh Vardhan and Fatima Shaikh starrer THAR, has been released and it has just received a massive amount of appreciation from the watchers from the beginning itself. Well Bollywood is a place, where in father-son duo are seen playing onscreen characters and to go on with the trend Anil Kapoor and Harsh Vardhan Kapoor have joined the league. The duo has done a fabulous job be it in terms of their own respective roles. Anil Kapoor is playing the character of a cop, whereas Harsh is seen playing a character of smuggler, who sells the price worthy things illegally and tries hiding those precious things from police. Fatima Sana Shaikh, is playing a role of Rajasthani women who is supporting Harsh. The movie has a presence of Satish Kaushik also, who is just adding on to the spice of the movie.  The movie is based on the period of 80’s and the whole story revolves around the dealer Siddharth, who does his activity illegally in Rajasthan and while he does his work, there occurs several mysterious murders and the inspector in charge Surekha Singh played by Anil Kapoor gets his way clinched with Siddharth  played by Harsh Vardhan Kapoor.  Well after the release of the trailer, the film was suspected to be a action thriller movie and it has turned out to be the one, but besides being action thriller, the film also has a emotional beam attached. 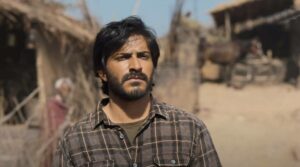 Well this is not the first time the father-son duo have clashed the screen together. Before Thar, the duo was seen in AK Vs AK. Anil Kapoor being a massive star has depicted the role very well and have also supported his son onscreen to the best he can. All the characters and effect come together and act as a binding strong force for this film to be loved by audience. 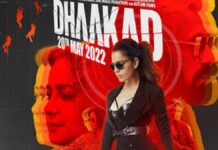 Bhool Bhulaiyaa 2 review: The Kartik Aaryan-starrer stands up to the original; Tabu takes the spotlight

Karan Johar declares there will be no more Koffee with anyone