Ankita shared a video of flying kites on the auspicious occasion. The song is also thematised on kite-flying in the film. She got goosebumps as the song played in the background. Ankitawrote, “I still get goosebumps when I listen to this song. What a film and what a journey with so many memories @pragyakapoor_ @gattukapoor Wishing everyone a very happy makarsankranti. #kaipoche.” 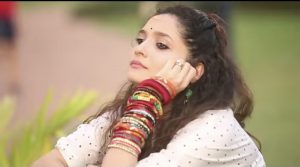 Incidentally, Ankita and Sushant were  together when the latter made his debut in Bollywood. They fell in love in Pavitra Rishta and in 2011,  Sushant proposed to Ankita on the sets of dance reality show Jhalak Dikhhla Jaa.

In 2013, when Kai Po Che premiered, Ankita was by his side. However,  they had a fallout in 2016. Ankita broke down emotionally when the actor died by suicide last year. She had also campaigned alongside Sushant’s family to find the real cause of death. She reminisces her Pavitra Rishta days and also paid tribute to SSR by performing on his songs at an awards function. Currently, Ankita is in a relationship with Vicky Jain, who has supported her throughout.