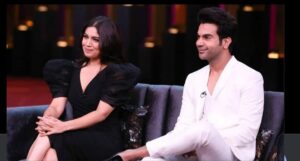 Bhumi Pednekar and Rajkummar Rao of Bollywood are scheduled to star in director Anubhav Sinha’s upcoming social drama Bheed. The much-loved team initially starred together in Badhaai Do, and they’re ready to dazzle their fans once more. The film has finally been assigned a release date, and it will be open to the public on November 18, 2022. The news was shared on official twitter account of T-Series.
Listening to the news of the finalization of the release date of the movie, countless fans and followers of the leading couple expressed their delight. They stated, “Bheed, a sociopolitical drama directed by Anubhav Sinha, will be released on November 18th, 2022. Rajkumar Rao and Bhumi Pednekar are the lead pair in this film. TSeries and Benaras Media Works have joined together to for the movie Bheed.”
Rajkumar rao earlier had noted down a sweetest note for the director, after the wrap of the shoot. He described the director, Anubhav Sinha as a true ‘gem’. Bhumi Pednekar too, has mentioned about the movie on her social media. She has expressed her gratitude to the director as well as the team and her co-star. 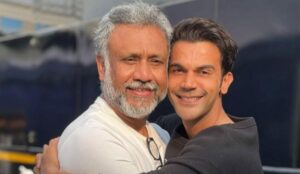 Bhumj Pednekar and Rajkumar Rao were recently seen together on screen in Badhaai Do, which received positive feedback from both reviewers and audiences. Harshavardhan Kulkarni directed the film, which also featured Chum Darang and Gulshan Devaiah in prominent roles. Bhumi Pednekar expressed her gratitude by thanking fans and followers for their support for the film. She provided some stunning behind-the-scenes photos as she described Badhaai Do as her “most special film.” Apart from Bheed, Bhumi has some intresting projects to be premiered this year. Some of the projects are Govinda Mera Naam, Afwaah, The Lady Killeretc where as Rajkumar Rao has Stree 2, Mr and Mrs Mahi etc. lined for premiere. Fans are eagerly waiting for the film’s release as the duo have made massive impression in their previous projects when casted together. Director Neel Prashant to augment his demand after KGF 2?