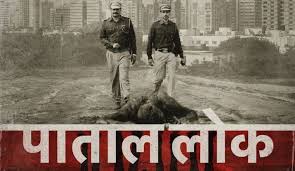 ‘Paatal Lok’, produced by Anushka Sharma, is now streaming on Amazon Prime Video and filmmaker Anurag Kashyap is in awe of the web series. ‘Gangs of Wasseypur’ director said he is inspired and his filmmaker’s heart is full of joy after watching ‘India’s best crime thriller ‘Paatal Lok’.

Kashyap  praise the entire team of ‘Paatal Lok’,saying: “My filmmaker’s heart is full of joy. I just saw PAATAAL LOK. The best crime thriller I have seen to come out of this country in the longest time, maybe forever.”

Calling ‘Paatal Lok’ a game-changer in India’s web series production, Kashyap said in another tweet: “It is not just a great investigative thriller. It comes from the understanding of Real India. The dark heart of India, the communal and casteist India. But it doesn’t judge it, it comes from empathy. It’s a game changer for sure,” he said in another tweet.

‘Paatal Lok’ features Jaideep Ahlawat, Abhishek Banerjee and Neeraj Kabi in lead roles. Kashyap has a word of praise for each one of them. “Abhishek, Neeraj Kabi, Swastika, Vipin, Gul .. have seen them all before, always at their best, it’s the ones I saw the first time- Niharika, Jagjeet, Ishwak took my heart. Great job Avinash Arun and Prosit. Kudos to the producers for standing by the team.”

“In the end .. Jaideep Ahlawat and Sudip Sharma .. your finest work yet. and the team of writers, casting directors, assistants, cinematographers, production designer, costumes. Everyone involved take a bow. I am so inspired,” he added.