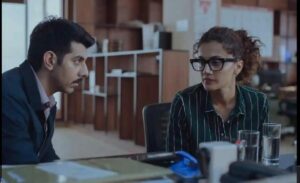 Dobaaraa, the most awaited project of Ektaa Kapoor and Anurag Kashyap, will be released in theatres on August 19, 2022. The Tapsee Pannu-starrer picture is a new plot that is supposed to be the director’s first foray into thrillers. Tapsee and Anurag rejoin for the third time in Dobaaraa, a new age thriller. Meanwhile, Ekta Kapoor, the queen of content, is supporting the upcoming film. She isn’t afraid to support unusual projects.
Before the film was made, Kashyap read the script for “Mirage” and was enthralled by it. Kashyap is the first person to recreate a film. “It’s a nice, compelling idea for me to delve into,” Kashyap told Variety. “I can’t come up with an idea like that.” “So I figured, why not try something outside of my safe zone?” The last two films of Anurag Kashyan involves Choked and Ghost Stories. Tapsee Pannu and Anurag Kashyap have previously collaborated in Manmarziyan and Sand Ki Ankh and this will be their third collaboration together.
Tapsee cited that she has always loved working on thrillers and is looking forward to the “special” experience as this time she will have with Kashyap and Kapoor behind the camera
Since the teaser was released last year, audiences have been gripping their nails in anticipation of Dobaaraa, one of the most widely anticipated films of 2022. The next picture is a ruthless cliffhanger with an edge core and a chilling feel. Taapsee Pannu and Pavail Gulati worked together in the critically praised Thappad, which was released in 2020. 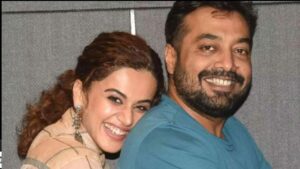 Anurag Kashyap directs Dobaaraa, which is co-produced by Ekta Kapoor’s Cult Movies and Sunir Khetarpal’s ATHENA. Anurag Kashyan has given some massive and huge box office hits like Gangs of Waaseypur, Ugly l, Psyco Raman and also has acted in AK vs Ak alongside Anil Kapoor whereas Tapsee Pannu has given some of her major hits like Pink, Badla, Thappad etc. It will be a great delight to the yes of the audience to watch forth the combination and amalgamation of different people on screen.