Tv star Anushka Sen has approximately 14 million followers on her social media. She will be making her debut with the ALT Balaji and ZEE5 series titled Crashh. Now, Sen is all set to feature in a new advert with MS Dhoni. 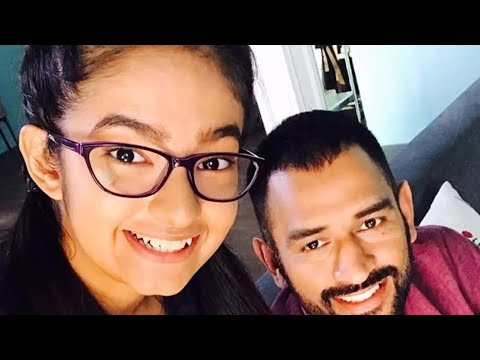 Tv star Anushka Sen took to her Instagram handle and confirmed the news by sharing a picture of her with MS Dhoni. She wrote, “When Mahi Chachu & Chikki met in 2021. It’s always so much fun to meet youuu, from 2014 to 2021 and counting!! 16 advertisements with you Mahi Chachu, always a memorable experience @mahi7781???? Stay tuned for our new tvc for @orientelectric.” Earlier Sen opened up about the bond she shares with dhoni and said, “I always feel surreal when I meet him. The first time I met him, it was in 2014, so it was 7 years back. So, I was 12 and I was like ‘wow I am meeting MS Dhoni’ and he is captain cool and we have seen him on TV and he is always my favourite cricketer no matter what. He is from Ranchi; I am from Ranchi. So, I always had this excitement.” While recalling her first meeting with captain cool, sen said, “The first time I met him I remember it was in his vanity van. The team was like before shooting why don’t you go and meet MS. I am like ‘really wow yay’. I met him and I am an extrovert. I like talking to people. I immediately connected with him and I told him I am from Ranchi, you are from Ranchi. We felt a connection, the best part is Mahi Chachu, that’s how I call him, it’s been so many years I have done 14 ads with him. From 2014 and now it is 2021, I have always called him Mahi chachu and he calls me Chikki, so it is always like a Chachu-chikki relation which we have.” The advertisement for Orient will be going on air soon as both Anushka Sen and MS Dhoni have already shot for it.