Music sensation Arijit Singh is all set to debut as a music composer. The singer has many hit records credited to his name, but this will be the first time that Singh will compose a track for a movie. 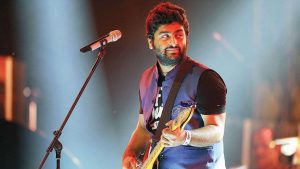 The hitmaker Arijit Singh has won everyone’s heart with his soothing voice. His songs like Tum Hi Ho, Channa Mereya and Dil Sambhal Ja Zara have swept the audience off their feet. He has lent his mesmerising voice to many songs but now the playback star is all geared up to make his debut as a music composer.

Arijit will be soon entering the world of composing with the upcoming film Pagglait featuring Sanya Malhotra in the lead role.

Talking about his debut as a composer Arijit said, “I make my debut as a music composer with a project very close to my heart. I am honoured to serve music to the world. The endearing story of Sandhya of self-belief and triumph is much like my musical journey and I feel honoured to be associated with a special film like Pagglait.”

The actor revealed how he got into composing and said, “It’s very interesting, how it happened. I really liked one film called Haraamkhor (2015), and spoke to Guneet (Monga, producer), requesting her that if she has good scripts like this, she must tell me, I would try to do it. That was my intention, and then she came up with this script. I read and loved it, and then I started making pieces.”

His fans can’t contain their excitement and are eagerly waiting for his compositions in Paglait. 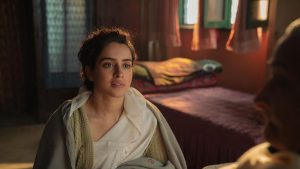 Pagglait revolves around a widow named Sandhya (played by Sanya), who is struggling to mourn the death of her husband. The movie will take the audience on a journey with Sandhya who wants to discover her true self and find the purpose of life. Pagglait is being helmed by Umesh Bist who has also written the story of the film.