Actor Arjun Kapoor, went on his Instagram today (October 11) to announce his new venture The Lady Killer, alongside he also shared a poster for the film. The movie is to be directed by Ajay Bahl and will be produced by Bhushan Kumar along with Shaaliesh R Singh. Arjun will be seen playing a character of a small town playboy, a role that he has never played before. The actor described his experience with the project as the most ambitious one till now. 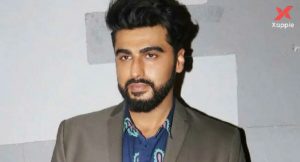 Producer Bhushan Kumar shared his feelings about the upcoming movie and said that he is thrilled to bring The Lady Killer on the big screen. He believes that the combination of Ajay Bahl and Arjun Kapoor is a sure shot hit. The producer further said that he is looking forward to kick start the shoot of the suspense drama with the entire cast and crew.

On the release front, Arjun Kapoor will next be seen in the movie ‘Ek Villain Returns’.