The Narcotics Control Bureau (NBC) arrested Bollywood actor Armaan Kohli on Saturday following a raid on his residence in Juhu, where they recovered a quantity of cocaine. According to the latest information, the actor will be brought before a municipal court today.

An update on ANI states, “Armaan Kohli and drug peddler Ajay Raju Singh have been arrested under sections 21(a), 27(a), 28, 29, 30, and 35 of the NDPS Act. NCB Mumbai raided Kohli’s house in suburban Andheri and recovered a small quantity of Cocaine drug from him.”

After the raid, actor Armaan Kohli gave ambiguous answers to questions put up by NCB. He was then taken to custody for questioning at the NCB office: NCB Zonal Director (Mumbai) Sameer Wankhede

Mumbai | NCB arrests actor Armaan Kohli in a drugs case, he will be presented before a city court today

NCB (Mumbai) Regional Director Sameer Wankhede said in a statement to the news agency, “After the raid, actor Armaan Kohli gave ambiguous answers to questions put up by NCB. He was then taken to custody for questioning at the NCB office.”

Dixit was arrested after “MD” and “Charas” were removed from his residence. The actor has been detained by the NCB until August 30 in a drug case.

Meanwhile, Kohli is also accused of physically assaulting his girlfriend, Neeru Randhawa in 2018. 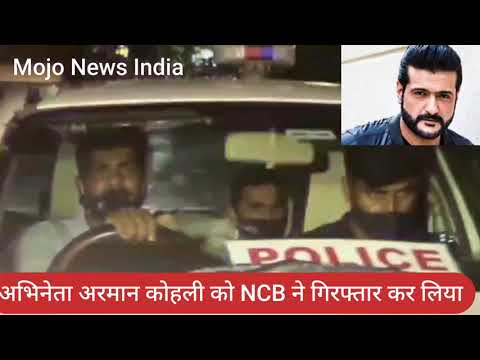