Arshad Warsi, who recently acted in ‘Bachchhan Paandey,’ will next be seen in ‘Jeevan Bheema Yojana,’ in which he will portray a dual character for the first time in his career. The film is a humorous crime comedy directed by Abhishek Dogra, who also serves as the film’s producer for the first time in the film, Arshad will portray two characters, Jeevan and Bheema, who are very different but seem same. While one is a white-collar professional, the other is a criminal, and the tale revolves around what happens when their paths cross.
The film started shooting in Mumbai a few days ago and will take place in several locations throughout the city. The film has began production in Mumbai and will be shot in several locations throughout the city .Arshad confirmed all of this while gushing about how hilarious the script was. “During the narrative, I was cracking up every now and then. The double role was the icing on the cake. The director has a vision, which I am adhering to. I’m portraying two people that share the same physical appearance but have very different personalities. He claims that the writing has an excellent spice mixture of humour and drama. The actor then goes on to discuss how he prepared for the two contrasting roles. “When it comes to screenplay and prepare, the mind plays and important role.Imagine myself being Ajay Kumar in ‘Sehar’ and Circuit in ‘Munnabhai’ in one film! It’s that easy. We’ve been on floors for about ten days and are still having a great time. My co-stars are Vijay Raaz, Sanjeeda Sheikh, Pooja Chopra, and Bijendra Kala, and you can imagine how much fun we had off camera. He insists, “Improvisation gets on it’s own.”Abhishek is a great director who enjoys working with this fantastic crew. “‘Jeevan Bheema Yojana’ is a comedy film with lots of on point humour involved. Arshad is an actor who can appear innocent while also being crafty; he’s underappreciated, and I’ve long admired his work. It’s his first dual part, with two very different characters. When you have actors like Arshad and Vijay Raaz in your film, it makes your job easier as a filmmaker. He concludes, “Their timing is flawless.”
The film is the directorial of Dolly Ki Doli’s Abhishek Dogra. 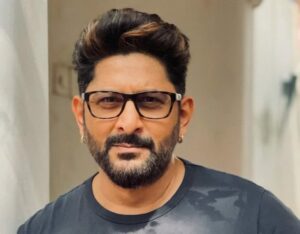