Home Gossips Aryan Khan, the son of Shah Rukh Khan, will not be making... Aryan Khan, Shah Rukh Khan’s son, has made headlines for his rumoured debut as a filmmaker with Amazon Prime Video. Rumours ran thick and fast about how his OTT platform venture was about to hit the ground running. However, according to the sources, these stories are absolutely untrue and unfounded. According to the recent reports , he had a concept to the OTT platform with the goal of directing the project, but the company kindly informed him that more time was required. This is odd because Aryan Khan was said to have done a mock shoot with a genuine crew at a site a few days ago. 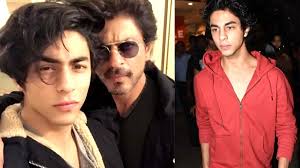 According to a source close to the project, Aryan Khan is far too young and immature to take on a full-fledged undertaking. He is currently attempting to master all aspects of making films as well as creating scripts. He appears to be compiling a list of scripts he’d want to helm. “He’s a quick learner,” a source told the portal, “and will ideally commence his debut project early next year.” Aryan Khan graduated from the University of Southern California with a master’s degree in Fine Arts, Cinematic Arts, Film & TV Production. Aryan Khan’s father, Shah Rukh Khan, has claimed that his son is interested in making films and has no desire to perform. Karan Johar, on the other side, has stated that Aryan Khan will only work for Dharma Films. He is eager to begin his profession, whether as a director or as an entertainer. He stated that he has watched him mature in front of his eyes and that he will not allow anyone else to sign him on. Shah Rukh Khan’s children appear to be as dedicated as he is. Suhana Khan Shah Rukh Khan’s daughter will make her acting debut with Zoya Akhtar’s The Archies.