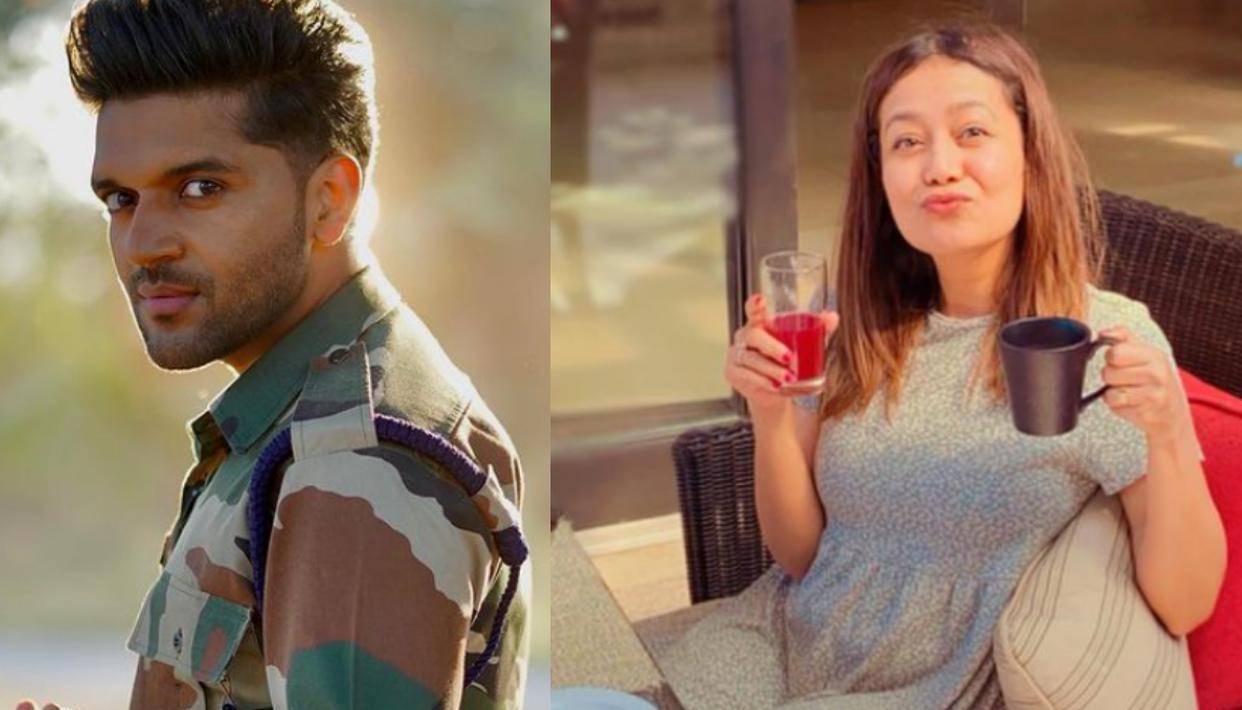 It will be an intense and romantic track that is titled as “Aur Pyaar Karna Hai’ that will be composed by Sachet Parampara. It will be under Bhushan Kumar`s T-series.

In the photo, Guru Randhawa can be seen in a white kurta lovingly touching Neha Kakkar’s cheeks while she can be seen wearing a vibrant pink saree while blushing and holding his hand. They can be seen romancing together and resting on a rock. While sharing the photo, Guru posted, “This is not ‘just’ a love story. It’s the one which lacks the consideration of ages or timelines. #AurPyaarKarnaHai coming soon. Stay tuned! #tseries @tseries.official #BhushanKumar @nehakakkar @sachettandonofficial @paramparatandonofficial @sachetparamparaofficial @quadri.sayeed @arvindrkhaira”.

Neha and Guru had earlier collaborated with each other for the song ‘Morni Banke’. Now, they are ready to perform a slow and melodic track. The song is written by Sayeed Qadri.

The song is directed by Arvindr Khaira. They story in the video show how love is everlasting and how it is always there with you in difficult times.

The song will be released on T-series YouTube channel on March 3.

Neha Kakkar is Tony Kakkar`s sister and both have done many songs together. Her last song was ‘Saaiya ji’ with YoY o Honey Singh.

Guru’s last song was ‘Mehendi Waale Haath’ with Sanjana Sanghi, and soon he will be releasing another song with Bollywood actress Mrunal Thakur.