In this generation of GenZ kids, the majority of the audience prefers to watch movies or series in their home all alone or with close friends without the stress of getting ready or going out. With the busy schedule that people have nowadays, they want to savour the weekend relaxing at home and yet having fun, which has surely increased the craze of OTT platforms. Due to the ongoing pandemic the entertainment industry was forced to make its presence in the OTT platform. 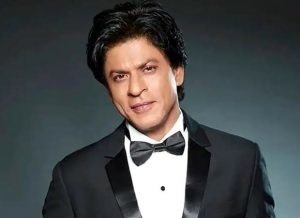 All the megastars of Bollywood have already made their appearance on the Digital platform except for the baadshah of Bollywood Shahrukh Khan. But, guess that is also coming to an end. Recently, an advertisement for the OTT platform Disney+Hotstar surfaced on the Internet with Shahrukh Khan in it, he was seen waving to his fans but the other man present with him made him realise that you are everywhere, and you are famous but the only thing that’s missing for you is a digital appearance. Karan Johar quoted the video saying that never in his wildest dream did he think of SRK having a FOMO i.e fear of missing out. The actor replied to the quoted tweet saying one of his famous dialogues “picture abhi baaki hai mere dost” followed with a #SiwaySrk. Within seconds #SiwaySrk started trending and speculations were made about Srk finally starring in a digital venture.

Sources have revealed that the actor will finally be making his debut on the digital platform and will be seen in a web series that will be released on Disney+Hotstar. No further details about this upcoming web series have been shared yet.

However, on the work front, Shahrukh Khan will be seen in the upcoming movie Pathan which also has Deepika Padukone and John Abraham in the lead.