Home Gossips Badhaai Do Movie Review: It is an all-around family film that fearlessly... Marriages are said to be formed in paradise. Shockingly, a huge extent of these ‘wonderful relationships’ give off an impression of being all sparkling and brilliant because of various penances made by couples. This matrimonial settlement is of a distinct kind in Badhaai Do, one that isn’t typically spoken but has always existed. For those unfamiliar, a lavender marriage is a hetero marriage between two homosexual individuals who consent to this arrangement of convenience for a variety of reasons, including trying to fit into culture, avoiding social stigma associated with their personal situation, by using it as a cover to continue their lives with some semblance of liberty. Harshavardhan Kulkarni’s film portrays this convoluted arrangement with comedy and wit – but not at the expense of the characters – and sensitively addresses the protagonists’ issue. The film aims to convey the concept that one’s gender identity should not and does not determine who they are.

In this movie, Newlyweds Bhumi Pednekar and Rajkummar Rao live like roommates (Sumi and Shardul). Following Sumi and Shardul’s wedding, they go on a path of walking on eggshells in order to keep their secret hidden from their parents, relatives, friends and neighbours while remaining loyal to themselves. They end up racing from one strange situation to the next in the meantime. The romantic scenes between Shardul and Sumi and their genuine partners play out with the same ease, solace, and turbulence as any other couple in our films, indicating that the film’s goal is not to stereotype the gay and lesbian community, but to change minds and remove personal biases against them.

Badhaai Do is an attempt to whitewash the portrayal of the gay and lesbian population and their loving relationships on the silver screen. Marriage’s complications, middle-class conventional families’ obligations on individuals have also been depicted with empathy and reality. The narrative’s brilliance rests in the lack of judgement; the protagonists are not treated any differently because they are gay. From the start, the movie is as straightforward as possible about the lead couple’s gender identity. 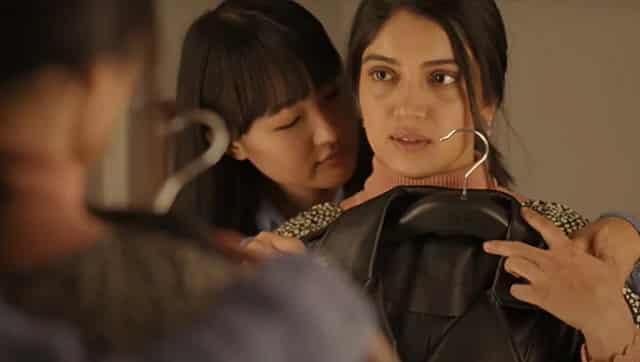 Chum Darang makes a strong debut in Bollywood, playing a role that requires daring for a beginner. The filmmakers should be applauded for putting a northeastern actor as a parallel lead, which is uncommon in Hindi cinema. Gulshan Devaiah deserves special note because he appears in the unexpected package. Keep an eye out for this one! The supporting cast, which includes renowned actors like Seema Pahwa and Sheeba Chaddha, gives the drama authenticity. In fact, their talks provide some of the most amusing moments.

Superstar Allu Arjun’s Pushpa : The Rise will be premiered on Amazon Prime