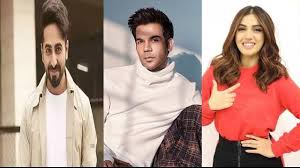 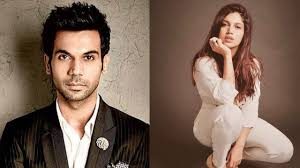 Ayushmann Khurrana and ‘Dangal’ actor Sania Malhotra’s 2018 blockbuster film ‘Badhaai Ho’ has finally been renewed for ‘Badhaai Ho 2’. But there is a piece of bad news is you won’t see  Ayushmann and Sania playing the lead in the sequel to ‘Badhaai Ho’.

According to reports, ‘Badhaai Ho 2’ has been titled ‘Badhaai Do’ and this time it will feature Rajkummar Rao and Bhumi Pednekar in lead roles. The film ‘Badhaai Ho’ narrates a story of a middle-aged couple who get pregnant leading to disappointment for their adult son.

The film ‘Badhaai Ho’ turned out a commercial success and it is reported to have earned Rs 221 crore. The film won four awards at the 64th Filmfare Awards.

Coming back to ‘Baadhai Ho’ sequel, Rajkummar Rao will be seen playing a Delhi based cop while Bhumi Pednekar will be essaying the role of the PT teacher. The film ‘Baadhai Do’ is all about the goof-ups which take place once their characters meet each other.

Talking about his role in ‘Badhaai Do’, Rajkummar said, “I look for layered characters and this is a perfect match. My character is surrounded by strong women at home and work, and that adds immense depth to his personality.”

“My character again is strong, independent and author-backed, and it gives me a lot of scopes to bring a very different and cool character to life. This time, too, the film will say something extremely relevant and relatable, but in a hilarious manner. I’m also excited to share screen space with Raj for the first time,” Bhumi stated.

The film is directed by ‘Hasee Toh Phasee’ director Harshavardhan Kulkarni, ‘Badhaai Do’ is likely to go on floors in June 2020 and is slated to release in early 2021.