Sahdev Dirdo, a 10-year-old Chhattisgarh overnight web sensation, has regained consciousness following his accident. Badshah, a rapper, took to his official twitter handle and announced the news, “Now, Sahdev Dirdo is feeling quite alright and has recovered his senses. He will travel to Raipur to see an expert neurosurgeon. “I appreciate everyone’s prayers,” he wrote. 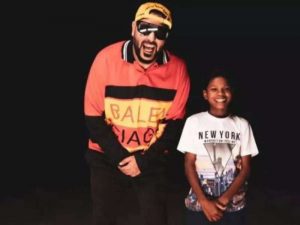 On Tuesday, Badshah informed fans about the accident that happened to Sahdev, he wrote, “In touch with Sahdev’s friends and family”. He’s senseless and on his way to the hospital. I’ll be there for him. We really need each and everyone’s prayers.”

Sahdev, who rose to fame after his Bachpan Ka Pyaar video went viral on the web, suffered a serious head injury when the motorcycle he was riding pillion skidded. He didn’t have a helmet on. The accident occurred on Tuesday evening in Chhattisgarh’s Sukma district.

According to an official statement obtained by sources, Chhattisgarh chief minister Bhupesh Baghel directed Nandanwar to provide Sahdev with the best medical care as soon as possible. Sahdev worked on a full-length remix version of Bachpan Ka Pyaar with  Aastha Gill and Badshah. He also appeared as a special guest on Indian Idol 12 and danced with Aditya Narayan, Anu Malik, Sonu Kakkar, and the contestants. Singer Vishal Dadlani defended Sahdev against criticism from the people in an Instagram video.