Bengali actor Vikram Chatterjee, is all geared up for his Hindi debut. The Bengali heartthrob will be seen in Tathagata Mukherjee’s upcoming project Memory X. Vikram Chatterjee who has already established himself in the Bengali film industry, is now ready to set his foot in Bollywood. The film is produced by Avinaba Ghosh along with Tania Mukherjee. 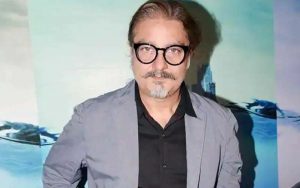 The makers of the film shared the official first look poster of the movie today (12th October). The film also features Vinay Pathak and Smiriti Kalra in pivotal roles.