Actress Bhagyashree who got fame after her role in Salman Khan starrer ‘Maine Pyaar Kiya’ has made a massive comeback on the big screen.

The actress was seen playing Kangana Ranaut’s mother in the recently released film Thalaivii and will next be seen in Prabhas and Pooja Hegde starrer Radhe Shyam. Talking about her comeback and upcoming films, the actress has said that she is honored for the response she got for the movies she has done, people have told her that she should have done these types of roles earlier in her career. The actress revealed further that she is completely booked, has lots of projects on her hand and she can not be more glad. 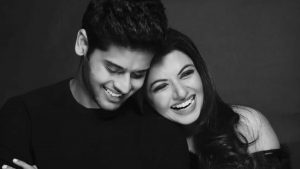 Talking about her son Abhimanyu who made his debut with Mard Ko Dard Nai Hota in 2019, Bhagyashree said that she would love to work with him in a film, and its is definitely a possibility.

Godzilla vs. Kong Trailer Out Now in English, Hindi, Tamil, and Telugu