Yesterday, Salman Has taken to his Instagram to announce the launch day of the song, Zinda with the caption: Zinda hoon main tujhme, tujhme rahoonga zinda! #ZindaSongOutTomorrow.”

This film is making headlines since the time when it was announced and now that the film is all set to release. 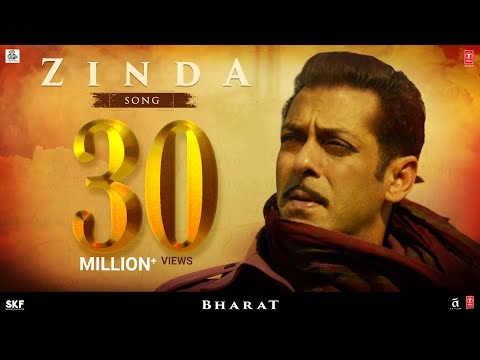 In an event talking about  Katrina role in this film she said: ” I will really count this role (Kumud Raina) among one of the best characters that I have played onscreen. She is support for Bharat’s character so her journey also continues with him in the film. I won’t go much into the detail now because we want to save some surprises for the film. But there is a huge amount of hard work has gone behind each era to get the essence of the era right. “

Adding onto which Salman said, ” In one word she wants to say that she will receive a national award for this film. Seriously she will because she has worked really very hard for the film “.