The horror comedy Bhool Bhulaiyaa 2 starring Kartik Aaryan and Kiara Advani will be releasing on 19th November 2021. The shoot of the much awaited movie began last year but was stopped due to the pandemic and the lockdown last year. Bhool Bhulaiyaa 2 is an upcoming psychological-comedy-thriller starring Kartik Aaryan, Kiara Advani and Tabu. The movie is being directed by Anees Bazmee and produced by Bhushan Kumar (T-Series) and Murad Khetani (Cine 1 Studios). Finally, the makers have confirmed a release date. 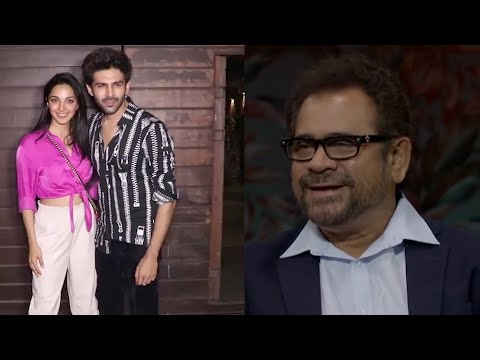 The team of Bhool Bhulaiyaa 2 adopted a very unusual way to announce the release date. The official T-series account tweeted an announcement post with 2 photos. In one of the photos, Kartik, Anees Bazmee, Bhushan Kumar and Murad Khetani were all seen with skulls in their hands. Another photo showed Kartik in the look of a godman with a skull in his hand. Kartik was last seen on Imtiaz Ali’s film Love Aaj Kal alongside Sara Ali Khan. This year, Bhool Bhulaiyaa 2 is the first movie of Kartik which has announced its release date. The dates of his films Dostana 2, and Dhamaka are yet to be announced. The horror comedy’s dates were announced after the pyar ka punchnama actor on Saturday asked in a social media post, “Meri koi release date announce nahi ho rahi kya (Are none of my release dates being announced)?” On the other hand, the upcoming movie is Kiara’s second release for 2021 as she will also feature in Shershaah opposite Sidharth Malhotra.