Finally, the anticipation comes to an end! The trailer for Kartik Aaryan and Kiara Advani’s Bhool Bhulaiyaa 2 has officially been out, and we can’t wait to see the movie in theatres. While the filmmakers have previously introduced us to the protagonists, we now have a better idea of what’s coming from the comic thriller’s second instalment. The initial Hindi version, which starred Akshay Kumar and Vidya Balan, was a big success.

The 3-minute-12-second clip opens with an old cottage and Manjulika’s narrative. Kartik enters triumphantly, proclaiming that he can see demons. Reet, Kiara’s persona, is next introduced in the trailer. Rajpal Yadav appear in the role as a pandit. What follows is a jumble of perplexity, hilarity, and, of course, dread!

“isse acha toh Bigg Boss mein chale jaate…” and “Donald Trump ke tweet aur chudail ke feet…” are two examples of discourse that attempt to combine fun with terror. With her lengthy hair, large red bindi, and kohled eyes, the witch Manjulika seems like any other ghosts from the Television show Aahat. After seeing the trailer, all one can hope for is that the movie is better than this clip.

Bhool Bhulaiyaa 2 is a stand-alone followup to Akshay Kumar’s starred film, which also featured Vidya Balan, Shiney Ahuja, and Ameesha Patel. It was the original Hindi version of Manichitrathazhu, a psychological humour released in Malayalam in 1993. 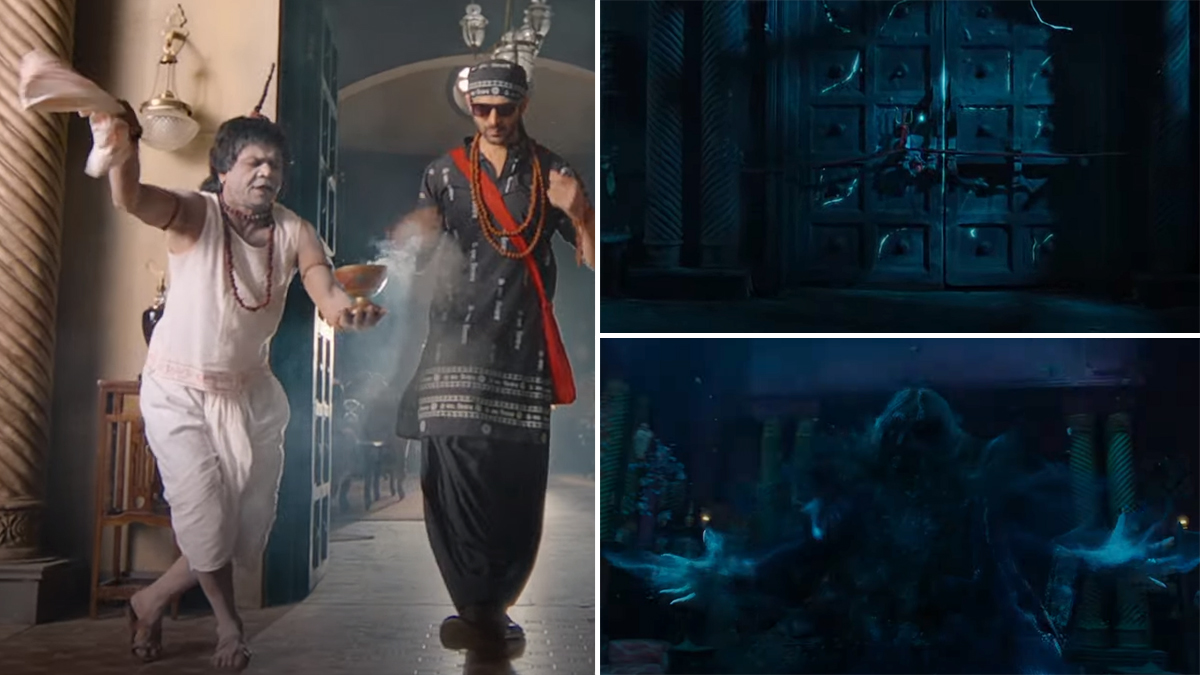 The production of Bhool Bhulaiyaa 2 was similarly halted owing to the coronavirus outbreak, as was the case with many other flicks. In Lucknow, shooting was later continued with Covid-19 regulations in place.

Bhool Bhulaiyaa was always one of my fav comedy suspenseful thriller films, and now being a member of BB2 makes me pleased, especially because I’ve been a huge admirer of Akshay Kumar sir, and it’s a tremendous duty to take his series forward,” Kartik had previously remarked of the movie. It’s fantastic writing, and Anees sir has elevated it to new heights.