With the alleged arrest of Shah Rukh Khan’s son Aryan Khan in the drug case, the megastar is certainly at a halt with his professional life, and it’s completely justified, keeping in mind the difficult time SRK and his family are going through.

Having said that, SRK is making sure that no one else’s livelihood gets affected by his current break. Hence, he has told his production banner Red Chillies Entertainment team to carry on with their production work. 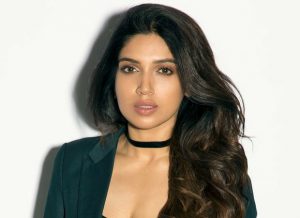 As revealed by various sources, SRK’s production house Red Chillies Entertainment is all geared up with their upcoming crime-thriller titled Bhakshak, and reportedly the makers of the film have casted Bhumi Pednekar to play the lead role in the film. Bhumi will be seen playing the role of a journalist who attempts to expose a scam prevalent in Bihar. The storyline of the film is based on a real life story and will be directed by Pulkit. The film will be going on the floors soon.

On the work front, Bhumi Pednekar is currently shooting for Aanand L Rai’s Raksha Bandhan. The actress will be next seen in ‘Badhaai Do’ opposite Rajkumar Rao.