Big Boss OTT, a season that had loads of love, anger, frustration, backbiting, fights is finally making its way into the finals week and the contestants who made it through the 5 weeks and are entering into the final weeks are Divya Agarwal, Shamita Shetty, Neha Bhasin, Raqesh Bapat, Pratik Sehajpal and Nishant Bhatt.

The latest Weekend ka vaar episode that streamed on 12th September was replenished with emotions and lots of drama with the entry of Divya Agarwal’s boyfriend Varun Sood into the house and Karan Johar the host for the show announcing her as the first contestant going into the finals week. Karan also made it very clear that Divya is the one who is ahead of all the other contestants and she is the only one who has been playing alone and is certainly nailing it. Now, Divya Agarwal is indeed a fan favourite she has been since she participated in her first-ever reality show Splitsvilla she might not have won the show but she surely won hearts. After which she came in another reality show on MTV hosted by Vikas Gupta “Ace of Space” where she was the front-runner the entire season and she also took away the trophy home proudly. Fans have been crazy over Miss Navi Mumbai winner Divya Agarwal since she made her debut on the television screen. She has thousands of fan accounts on Instagram made by her supporters and over 2.3 million Instagram followers.

Divya’s fans have already considered her as the winner of Big Boss OTT and several trends have also been done for her on Twitter to support her in this journey. The latest one was on 11th September where her fans trended AUDIENCES LOVES DIVYA with over 400K tweets. 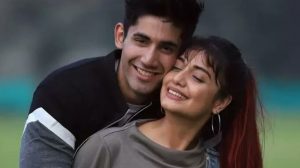 It would be entirely appropriate to give Divya Agarwal the title of Reality Show Queen based on her massive fan following.