Finally, the wait of all the Bigg Boss lovers is officially over as the upcoming season of India’s biggest reality show is all set to premiere on ColorsTV from 1st October. Bollywood’s megastar Salman Khan will be seen hosting this season as well. 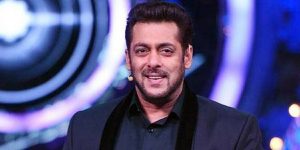 According to the reports, a press conference will be held today in Nagpur, to provide Netizens with all the details and information about the contestants as well as the concept for Season 15 of the reality show. This particular press conference is held every year before the grand premiere to reveal the identity of all the contestants who will be a part of that specific season.

Every year before the season premieres there are lots of speculations made by the fans of the show on the expected contestants and the wild cards.

Some of the celebrities who will surely be seen this season are; Karan Kundra, Pratik Sehajpal, Reem Shaikh, Donal Bisht, Tina Dutta, Simba Nagpal, Afsana Khan. Rumours of Asim Riaz’s brother Umar Riaz to participate in this season are also doing rounds. However, there is yet no official confirmation about that.

The theme for Bigg Boss Season 15 will be “Jungle Mein Dangal”, the house will apparently be converted into a jungle and the contestants will be locked in that. Currently, the contestants have been quarantined in a hotel before entering the Bigg Boss house.

The grand premiere will be on 1st October, the telecast will begin from 2nd October.

Cinemas in Mumbai will not open in October, says Guardian Minister...